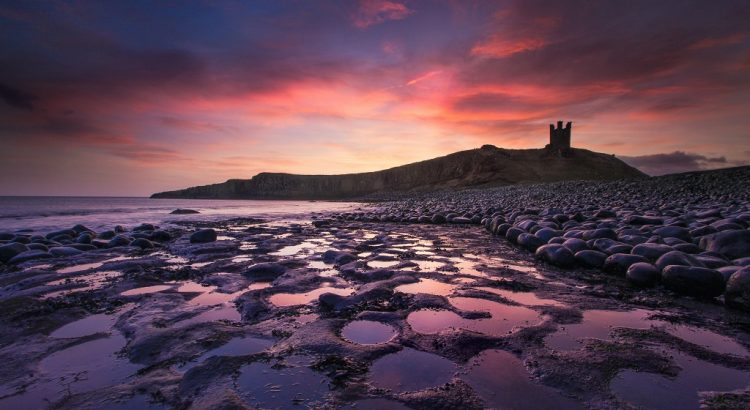 The beach at Embleton is a very strong natural composition and is a very well-known photography hotspot, pretty much wherever you point your camera will capture something here.

As this was my first visit with fellow photographer Stephen Tierney, we focused on the tried and tested shot of the castle in the background and the shoreline in the foreground. The tide was low and the rocks, known locally as the “Death Rocks” due to their incredibly slippery nature were out in full force. The wet rocks cast a great reflection of the sunrise when caught at the right angles.

When I re-visit this location it will likely be at hightide though. The sheer amount of the rocks to climb over carefully to get to the shoreline was daunting! The low-tide did however expose the less well photographed smooth rocks. They have been hollowed out over time by pebbles swirling in the waves. Each individual pool acted as a great mirror for the sky’s colours. The other aspect that caught my eye was the neatly lined up rocks, almost as if they were waiting for something, either way, I was also glad to be off those nightmare rocks!

The lighting of the scene needed careful balancing. The dark shadows of the cliffs facing away from the rising sun was sandwiched between the brighter sky and the reflections on the rocks.

I firstly used the LEE 105mm circular landscape polariser to capture the reflections on the standing water.

Secondly I combined it with a LEE 0.9 ND Hard Grad filter to reduce the brightness of the sky.

Seeing that the grad filter was still not enough to balance out the scene I captured three different exposures. The first was a long exposure to capture the detail in the shadow under the cliff-face. The second, a regular exposure and the third, a short exposure to capture any detail and colour that may otherwise be lost in the bright sky. This allowed me to pick the necessary parts out of each and combine all three in a blended photograph in Photoshop.

Free parking with 24/7 access and a 20 minute walk from here: 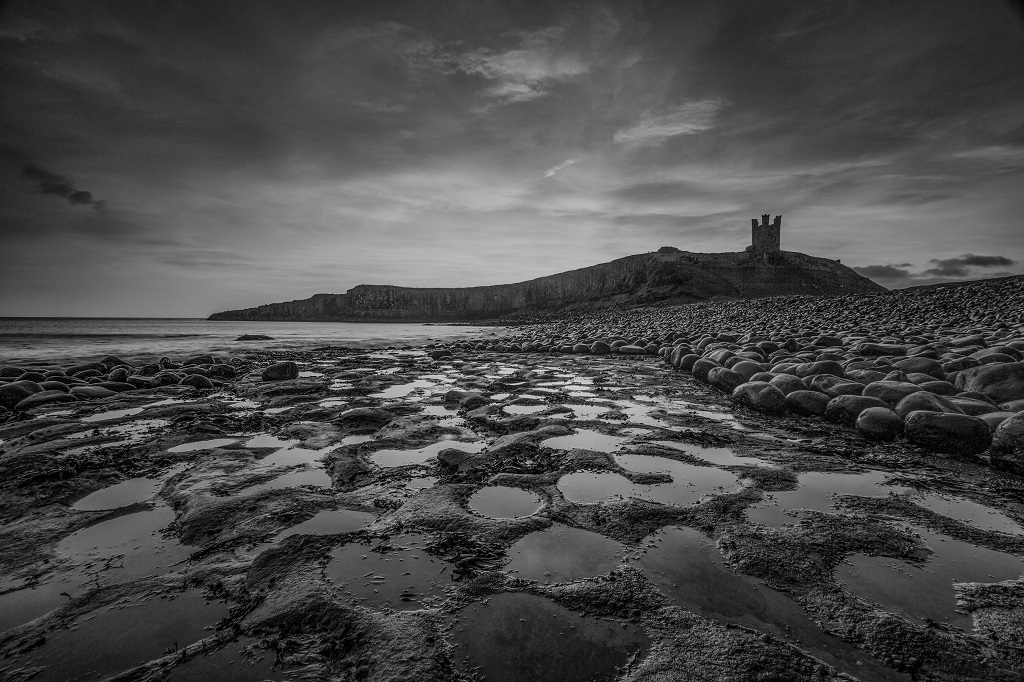 The infamous ‘Death Rocks’ named after their ability to make anyone who tries to walk over them slip and fall!